You are here: Home / ATAC Leadership 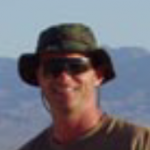 Tom Clarke excels in areas of team leadership for private operatives focusing on specific tasks, each task requiring a specific skill and mindset. He is extremely proficient at seeking out the qualified and properly appointing those with certain skill sets to organize international corporations in structuring and executing rapid resolutions to enhance their objectives and security.

As a former Navy SEAL with close to 9 years’ experience in the most elite military unit in the U.S., Rico now serves as a private Marine Security Contractor to commercial merchant companies such as Maersk Lines Ltd. in the Horn of Africa/Arabian Sea region.

In addition to his Basic Underwater Demolition SEAL Training and his SEAL Qualification Training, Rico holds a B.S. in Aeronautical/Astronautical Engineering from Purdue University. Rico was instrumental in the USN UAV, Drone department with many combat missions.

Captain Klaus Luhta is a U.S. Coast Guard Licensed Master and Maritime Attorney. He earned his undergraduate degree and a commission into the U.S. Naval Reserve Merchant Marine Readiness program from the United States Merchant Marine Academy at Kings Point, New York.  He attended law school at the Cleveland-Marshall College of Law, participating in their dual degree JD/MBA program.  Klaus has sailed around the world aboard all types of ocean-going vessels as a Deck Officer for more than a decade before coming ashore to practice law in the areas of maritime law and consumer litigation.

Klaus currently focuses his efforts in the areas of maritime policy, legislation, and regulation, both domestically and abroad, regularly serving as a delegate at the International Maritime Organization in London, U.K.