You are here: Home / Archives for economics of piracy

June 2013 It appears the leader of the radical Islamist militant group, al-Shabaab, has been captured in Puntland, Somalia. Puntland is a semi-autonomous region located in north-east Somalia. The Puntland Security Minister, Khalif Isse, said that the terrorist leader was captured during a raid on a safe-house in the port city of Bossaso. Abdikafi Mohamed Ali is reportedly the leader of operations for the […] 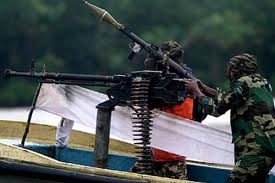 June 2013 According to a regional expert from a university in Cameroon, the piracy in the Gulf of Guinea is a big problem– a $2 billion dollar problem, to be exact. Professor Joseph Vincent Ntuda Ebode, of Yaounde II recently spoke at an international symposium held to discuss piracy. The reason, according to him, is that because piracy causes ships […] 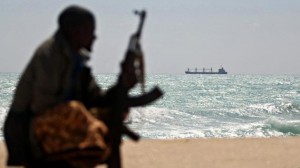 April 2013 While an international coalition of nations has banded together to combat the problem of piracy in East Africa, it appears that the overall cost of this scourge has been underestimated. While it is well documented that ransoms alone account for about $53 million USD a year in losses, the total number goes far […]

The recent Islamist militant threats in West Africa and Northern Africa aren’t going away any time soon, despite recent gains won by western militaries in the region. Recent attacks in the region — including suicide bombings in Niger and an attack on an Algerian gas plant — have raised red flags about the stability of […]