You are here: Home / Archives for international maritime security

November 2012 Although there has been a recent drop in the number of pirate incidents in the waters off the east coast of Africa, many in the international shipping industry are warning that this does not mean the epidemic is over. Many realize that containing the symptoms of the issue is no substitute for a […] 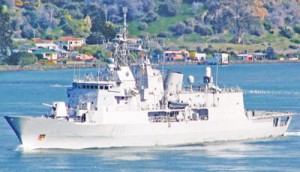 May 20, 2013  The New Zealand Royal Navy and New Zealand Royal Air Force will continue to contribute efforts to support that international anti-piracy mission taking place off the eastern coast of Africa. New vessels and aircraft will arrive in 2013 and 2014, according to New Zealand Defence Minister Jonathan Coleman. New Zealand conducts significant amount of trade […]