You are here: Home / Archives for olympics 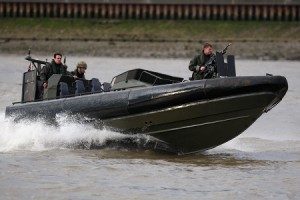 July 2012  In London, British Royal Marines have been conducting operational exercises with the Marine Policing Unit of the Metropolitan Police. Marines from the 539 Assault Squadron have been on the Thames River near Woolwich Arsenal Pier to shore up safety and security just prior to the London Olympics. Nearly 100 Royal Marines have been practicing a […]