You are here: Home / Archives for Peru 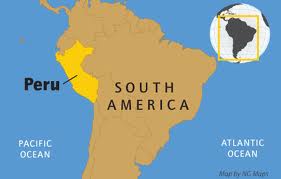 Although the world’s attention has been recently drawn to pirate attacks in Somalia and elsewhere in the northwestern Indian Ocean, the threat in the Eastern Hemisphere remains significant, even if out of sight and mind of news agencies. Recently, a Japanese tuna trawler was raided by a group known as the “pirates of the sea” […]