You are here: Home / Archives for shoot out 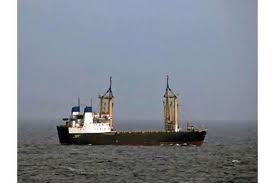 December 16, 2012  Somali Maritime Police Force operators were involved in a shoot-out with pirates who had hijacked the MV Iceberg 1 when authorities attempted a rescue. The Iceberg was first captured by pirates in March 2010. The pirates had been attempting to ransom the hostages for over two years, keeping them separately at different […]