You are here: Home / Archives for defence capabilities 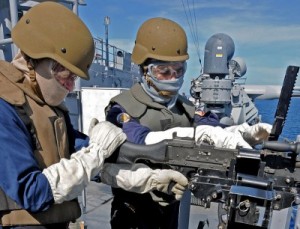 The President of the Philippines has pledged to bring his military’s capabilities up to respectable levels; however, citizens of the country remain highly skeptical that military improvements can effectively be made given the country’s history of corruption associated with military spending. Amidst an active maritime border dispute with China, President Benigno Aquino III promised to increase the defense […]