You are here: Home / Archives for high risk area 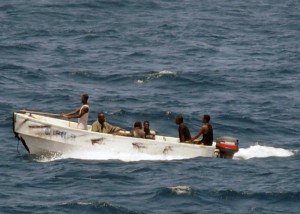 May 2013 In an attempt to combat one of the indirect effects of piracy, the Indian government has recently requested an official change to the map of piracy. As pirate raids in the eastern Arabian sea dwindle and essentially cease, India is requesting international organizations change their official map of waters at risk for piracy. […]