You are here: Home / Archives for training operations 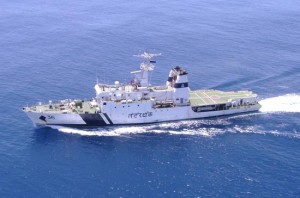 April 24 2013   Later this month, Indian security forces will conduct an important maritime security operational drill. Operation Sagar Kavach is helf several times a year to ensure the port security of Mumbai. That security was called into question after the 2008 Mumbai terror attacks. The perpetrators of this terror gained illegal access to the city through the ports […]