You are here: Home / Archives for ASEAN

In yet another aggressive move, the Chinese government announced on Thursday that it has given border police the authority to detain and foreign board ships in disputed maritime areas. This move has other Southeastern Asian nations almost literally up in arms. The Association of Southern Asian Nations (ASEAN) has numerous members actively involved in maritime border […] 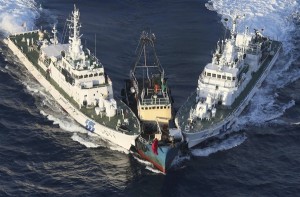 Maritime security in Southeast Asia has recently become one of the foremost areas of geopolitical intrigue and is the breeding ground for several issues that could be potentially explosive in the region. As always, economics and resources play a big factor– recent discovery of enormous gas and oil reserves in the South China Sea has […]